Coach AK returns for her 3rd year as Head Softball Coach at Calumet New Tech High School after being honored with Conference Coach of the year for the 2018-2019 season. Before coming to Calumet Coach Ak spent several years coaching College Softball at Goshen College (Goshen, IN) and Indiana Tech (Fort Wayne, IN). Many of her college athletes received academic and athletic awards during her tenure. Coach AK graduated from North Newton HS and played college softball at Trine University, an elite program still winning championships to this day. Coach AK graduated with a Bachelors of Science - Teaching P.E. and Health K-12. She went on to get her Masters Degree from Capella University in Sport Psychology. Coach AK has coached at all levels; College, competitive travel, high school, and recreational town ball. She has a variety of experiences professionally teaching at the moment for Lake Central Schools but in the past not only Coaching College Softball but working within nonprofits such as Volunteer Coordinator at the American Red Cross and Program Coordinator of Americorps at Brightpoint (both in Fort Wayne, IN). Coach AK focuses on the fundamentals of the game; skill development, knowledge and enjoyment of the game. Not only are the girls expected to learn and grow as softball players but most importantly they develop as positive role models in the community; as individuals and as a family team unit.

Coach Thomas is a Calumet alumni who graduated in 2013. She was a 4 year varsity softball and volleyball player at calumet. She was the recipient of multiple accolades including MVP, all conference, all area, and she recorded a perfect fielding percentage her junior and senior year. She played college volleyball for 4 years and continued her education at Calumet College of St. Joseph. She has a Bachelor’s degree in science with a concentration in sports science and exercise physiology. As a softball coach, she has assisted multiple town teams and coached pitchers individually. This is her second season with the softball program.

Connie Martinezis an alumni of Calumet New Tech High School. She played volleyball and softball during her high school years and did a little swimming. Currently working as a substitute in the Lake Ridge School district and help assists coaches during their seasons with volleyball and softball. Connie attended Manchester College, Purdue Calumet and now currently working on her associates in Early Education. She enjoys working with children and giving back to the community. Growing up in Calumet Township was great but life happens and she feels lucky enough to have such amazing coaches that helped her when she needed it most. She wants to be that person when it comes to our children. Connie has been committed to coaching for about 5 years now and she learns something new every season. She enjoys coaching and helping. Warriors are family and family everything to her. 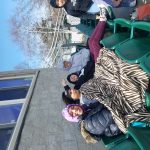 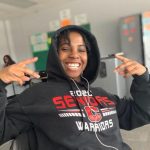 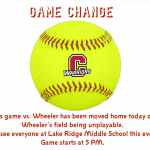 Good Morning! The IHSAA is excited to air the 2019 Softball Sectional Pairings Show on Sunday, April 28 at 7:00pm ET/6:00pm CT on www.IHSAAtv.org.  I hope you can join us as we announce the sectional pairings for the the upcoming softball state tournament. Please forward this information to any other interested parties.  If you plan to 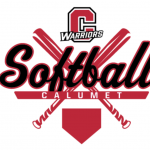