CEDAR LAKE — “Never leave anything on the table.”

The younger Cooper took that to heart and brought it to the rest of his Calumet squad.

In last year’s sectional final, Calumet lost in heartbreaking fashion to Knox, who won in a 19-12 overtime nailbiter and grabbed its first taste of football sectional gold.

On Calumet’s only series in the extra period, the Warriors were stopped on four straight runs, including quarterback Mark Flores’ run to the 3 on a 4th-and-3 to end that game one year ago.

On Friday night, however, the 2020 Warriors left nothing on the table and also left no doubt that they are a new sectional champion.

Winners of five straight games, Calumet won its first-ever sectional title with a 38-21 victory over Hanover Central in the Class 3A Sectional 25 final.

While seniors Flores and Cooper have been mainstays on this team for years, the night belonged to an electrifying newcomer, sophomore running back Justin Marshall.

“I wasn’t nervous because my line was blocking for me and opening up holes, so I was able to do me,” said Marshall, who also had a 60-yard TD reception.

The Warriors (5-1) got a huge interception from junior Scott Flores, who picked off Hanover Central QB Blaze Cano in stride and ran it 31 yards all the way down to the Wildcats 30.

Flores had the tough task of covering the Region’s most prolific wide receiver in Wildcats sophomore Gannon Howes, who came into the game with 39 catches and 903 yards with 13 TD’s.

“We wanted to have our best on their best,” said Calumet linebacker Scott Flores. “My coaches put me in the right spot and my boy (Calumet junior defensive back) Roman Hernandez had my back all night.”

Calumet then drove 30 yards in five plays and scored the first TD of the game on a Marshall 11-yard run.

Marshall wasn’t done in the slightest, though, after he ran in for his second score of the night at the 8:59 mark of the second quarter, which was set up by a 43-yard first-down run from Flores on a 4th-and-1.

Flores learned a lesson from the way last year ended on his fourth-down run, as he converted first downs on four separate fourth-down runs and also passed for a successful fourth-down conversion.

“We never gave up and have showed a lot of dedication,” said Mark Flores. “This means a lot because this is one of the best Calumet teams in school history now that we’ve won our first title.”

Hanover Central (9-3) responded by opening up the passing game on its next drive with a 44-yard bomb from Cano to Bryan Hoover.

Cano really wouldn’t get too much more in the passing game, though, as the much-heralded signal-caller was picked off three times by the Warriors defense, including one from senior Kavel Killins late in the first half after the Wildcats cut the lead to 20-14 on an Adam Graham 1-yard TD run.

Killins’ pick preserved the halftime lead for Calumet and Calumet started the second half with the ball.

“Film was a big part of it (tonight), said Killins. “Last year, I didn’t play the whole game and I just worked my butt off to get here.”

After a scoreless third quarter, the two most important events happened on back-to-back plays to start the fourth quarter.

Hanover Central was stopped on the first play from scrimmage in the fourth on a 4th-and-2 from the Calumet 2.

Then on the next play, Marshall ran for a huge score from 98 yards out to make it 26-14 in favor of the Warriors.

Calumet coach Rick Good thinks that Marshall has only begun the scratch the surface on how much of an asset he’ll be on the football field.

“(Friday) was an awakening because it was one of those ‘aha’ moments since he’s only starting to realize how good he’s gonna be for us,” said Good. “Every time he touches the ball it’s something to watch and he works very hard for us.”

Hanover Central wouldn’t go away quietly, though, as it scored on a Cano 20-yard touchdown pass to Howes on the next possession, which was one of just two blemishes in the Calumet defensive backfield all night long against the Region’s best passing attack.

It was all Cooper at the end of the night after he ran for two scores at the 5:01 mark and at 1:43 to close out the scoring for the now first-time sectional title winners.

Calumet will now host Class 3A No. 2 Mishawaka Marian (10-0), who beat Jimtown 44-19 for its sixth straight sectional title, next Friday night.

For Cooper, this win has special significance since it’s the result of everything this football program has been through for the last two years.

“I just wanna thank God to keep us level-headed,” said Cooper, who ran for 96 yards. “We have hung our hats on the coaching staff and before the pandemic we had said we have 365 days to think about last year. We call the senior class ‘the brotherhood.'”

Good knows how much the success means to the Calumet New Tech community, but he said there is so much more to this win than just the win.

“I came from a two-parent home and a different upbringing because I was in private schools, but we have a family atmosphere around here and it really speaks to the players we have here,” said Good. “Yes, it’s nice to have a trophy and it’s amazing to have won it for the first time here, but this team, especially the seniors, knew how to step up when things seemed impossible and in those circumstances, adults would normally crumble. These are tough kids.” 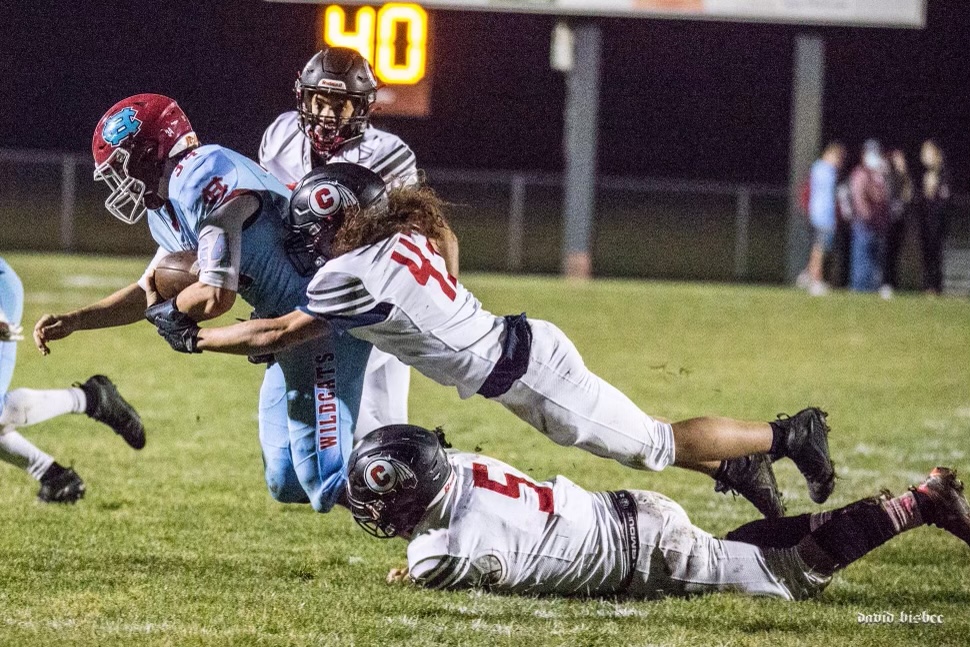 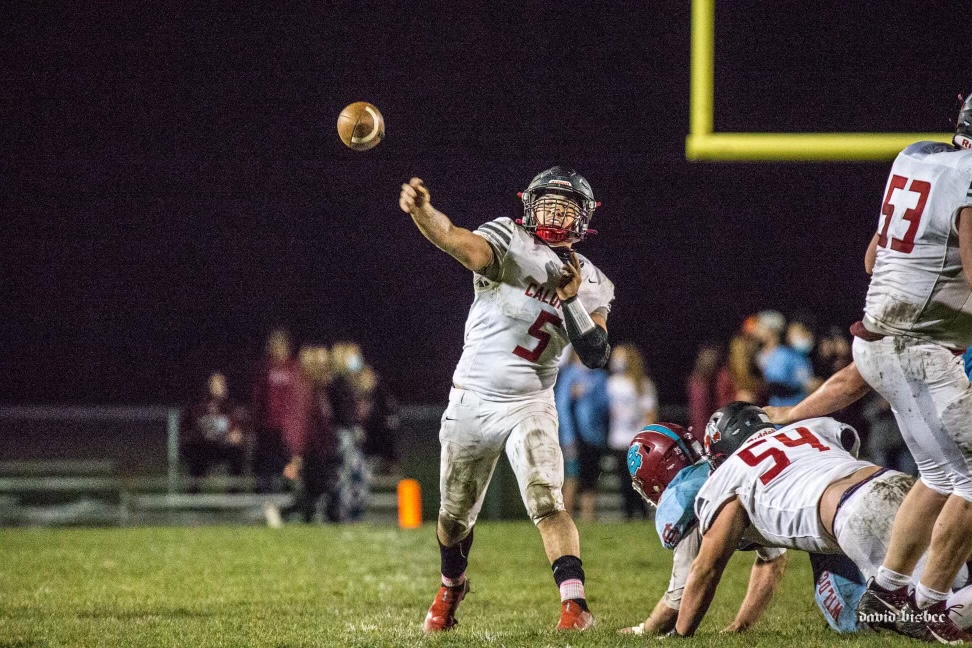 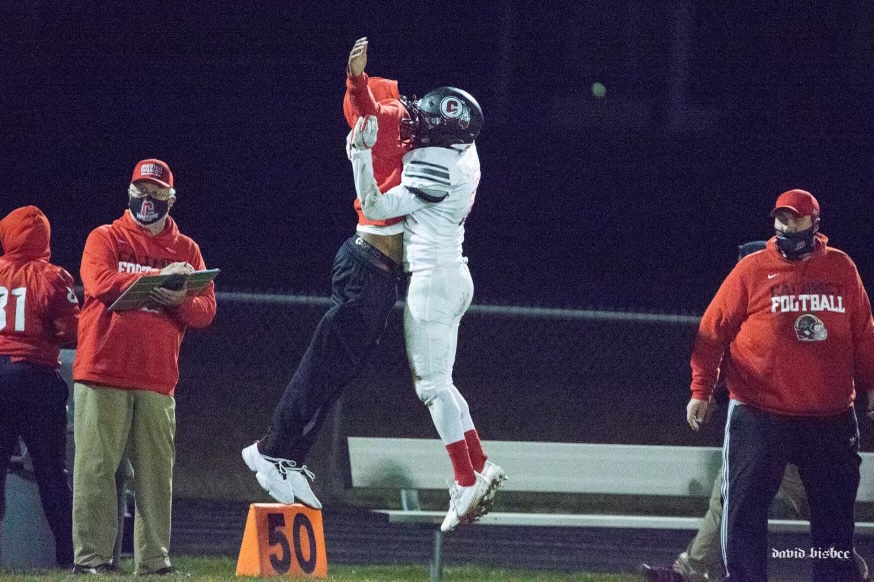 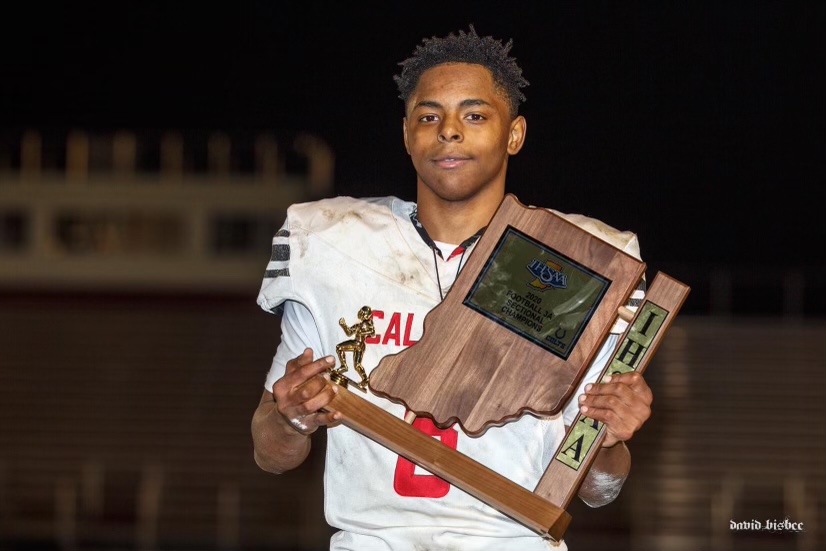 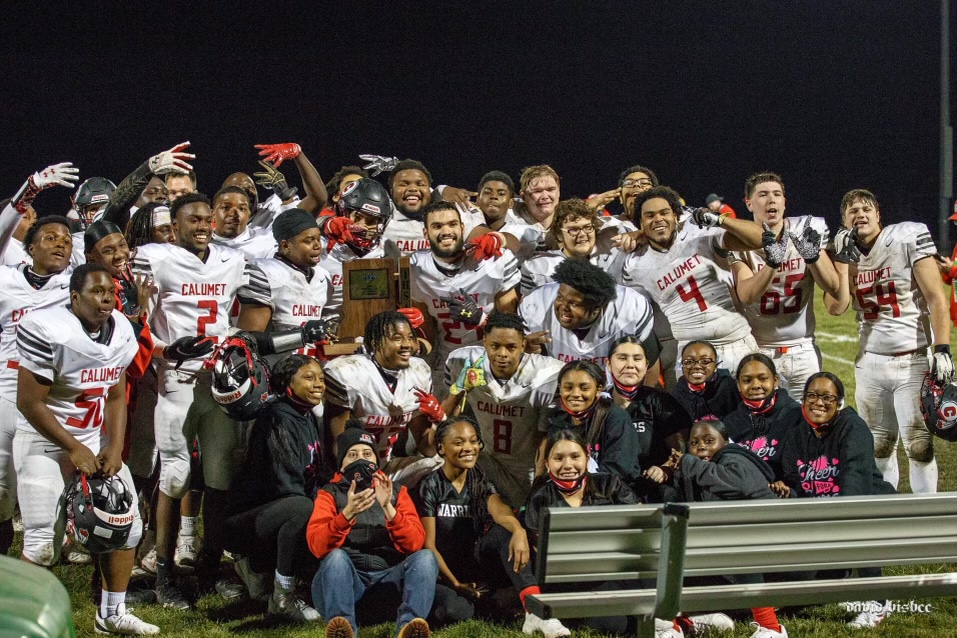 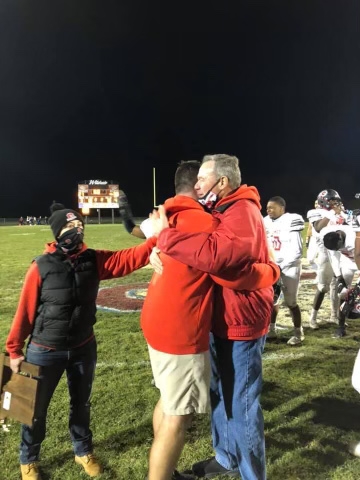 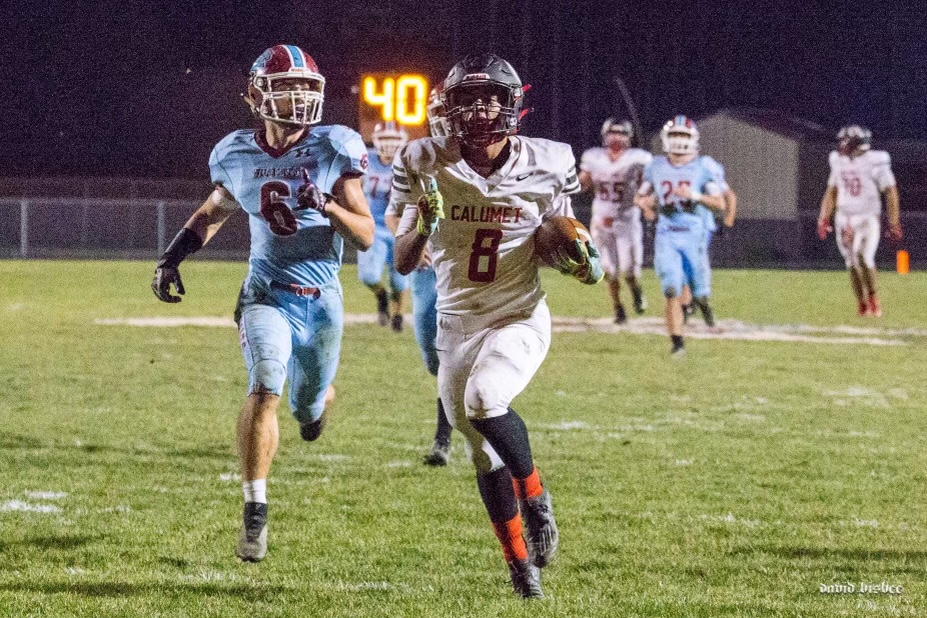