After starting the season last week by traveling to Brownsburg and taking on the state 9th ranked Gibson Southern Titans, led by Purdue bound Brady Allen, the Warriors played their home debut against fellow GSSC member,  the River Forest Ingots. After the conclusion of Senior Night festivities which honored the 14 seniors who will go down as the winningest class in Calumet history, the Warriors opened the scoring with a safety in the 2nd quarter and stretched the lead to 18-7 at the half with a 48 yard touchdown run by CJ Cooper and a Kickoff returned for a touchdown by Scottie Flores. In the second half Cooper added two more touchdown runs of 3 yards each. The second touchdown was set up by an interception by Roman Hernandez, After a second safety by the defense the lead jumped to 32-7 before River Forest added a late touchdown to make the final score 32-14. CJ Cooper had 103 yards rushing and added another 53 yards receiving to lead Calumet. This week Calumet finishes off their regular season before entering IHSAA Sectional 25 play versus Hammond High. 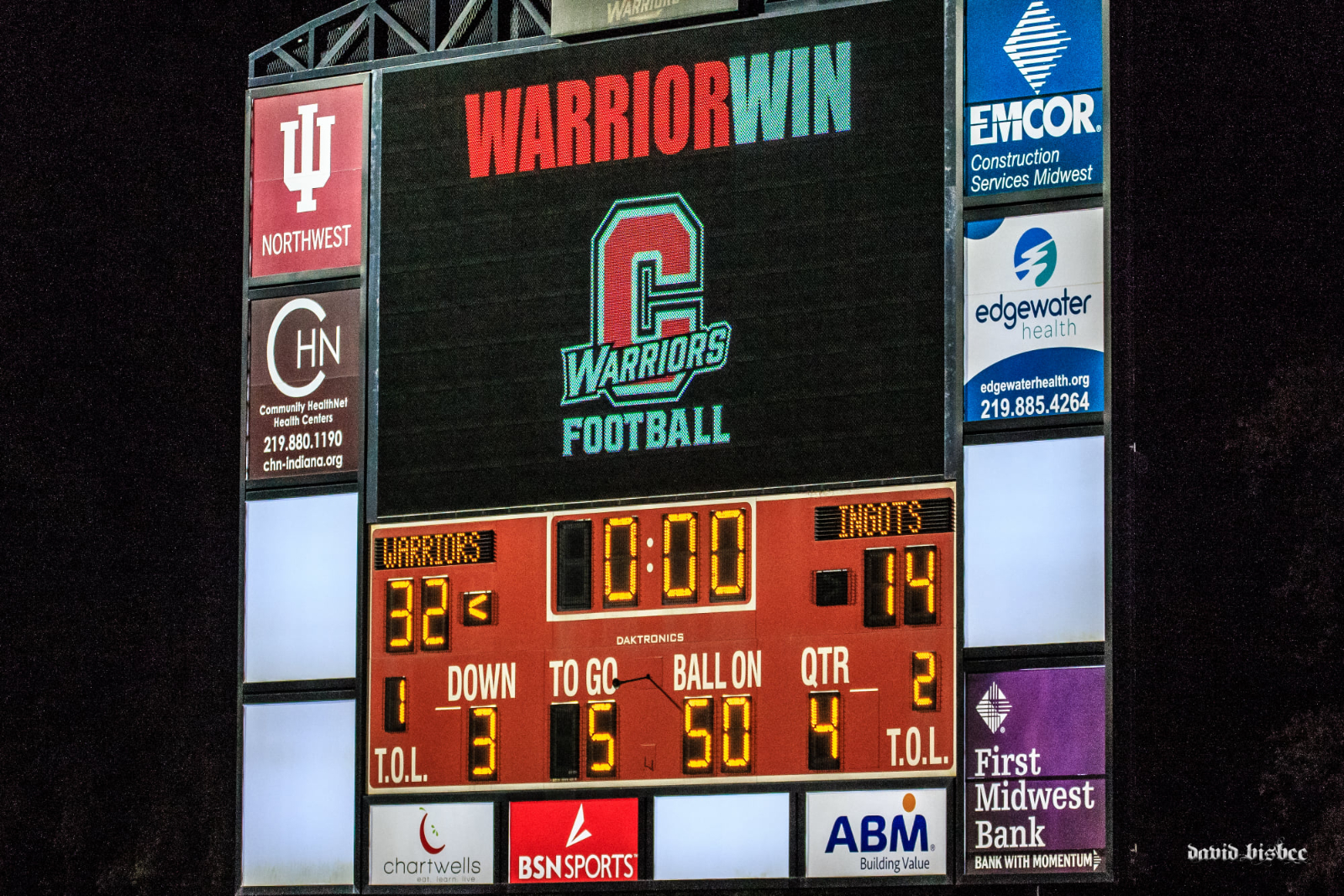