Riley Reeder was a baseball player.

The dugout, batter’s box and diamond were all things he had grown accustomed to as a kid. But when he walked into Calumet as a freshman, his mom encouraged him to expand his interests.

“I tried out for the cross country team, and I really liked it,” Reeder said. “I definitely worked my way up the ladder my freshman year, and I then I was like, ‘You know what? I did cross country, might as well try track.'”

From that point on, Reeder fell in love with running, and he hasn’t slowed down since. The senior signed with Indiana University Northwest on April 14 to continue his cross country and track career in college, and in some ways it still doesn’t feel real to him.

Reeder didn’t expect to compete at the collegiate level or even make a name for himself at Calumet. But throughout his four years, it is evident that he helped elevate the Warriors’ track program.

In 2019, Reeder won the Greater South Shore Conference title in the 800 meters. He also finished third in that event at the Crown Point Sectional. According to Calumet cross country and assistant track coach Brian Kim, Reeder’s strong performance made him the first Warriors runner to advance to regionals in a distance event since 2013.

The only participants who ran faster than Reeder were Lowell stars Gabriel Sanchez and Dustin Hudak, who went on to finish second and third at state, respectively. 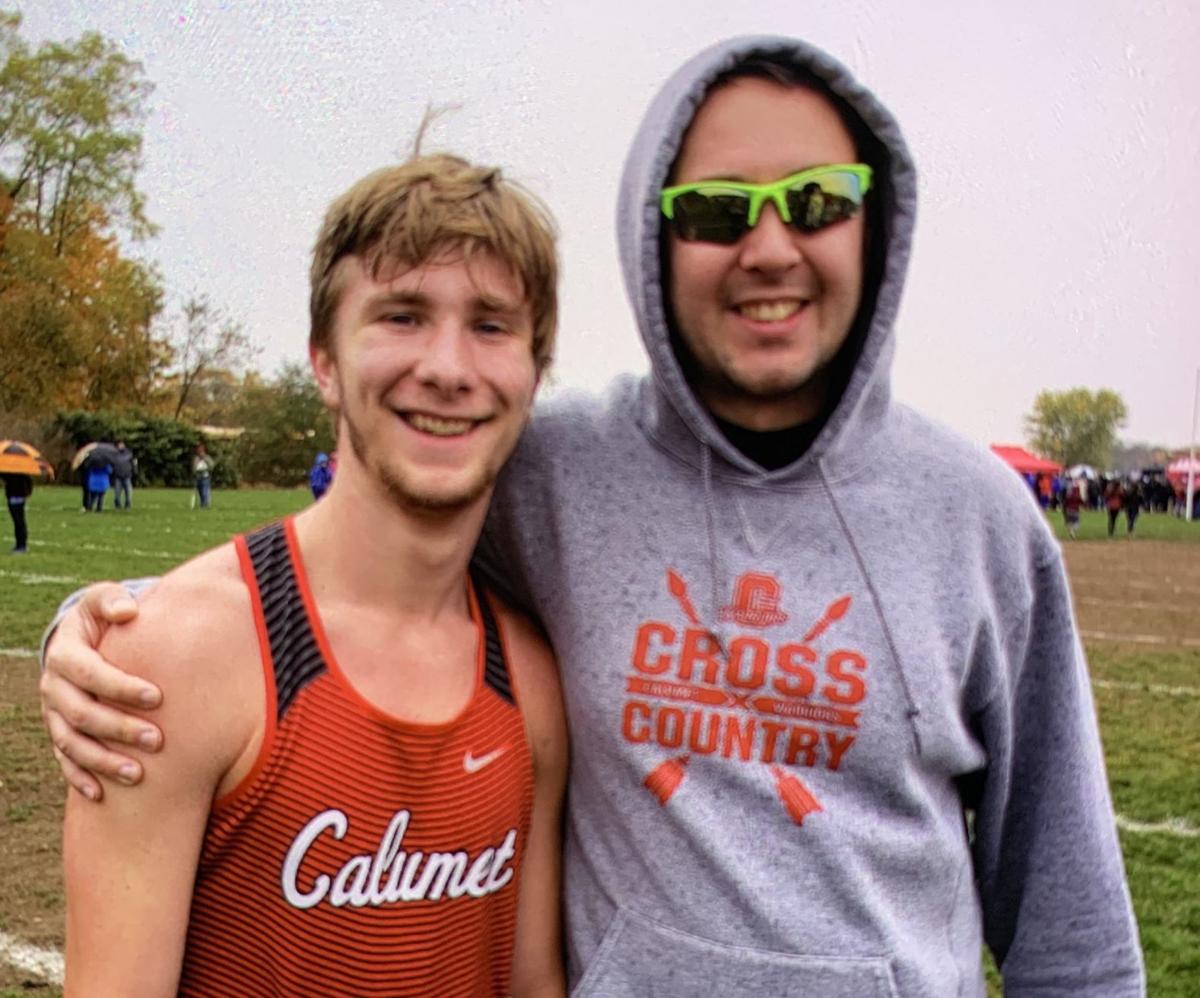 “The feeling of making it out of sectionals and getting into regionals was amazing,” Reeder said. “I had ran all season long, and me and coach Kim, we worked every day because we really wanted a shot to go out there and show everyone that just because I go to Calumet High School, it doesn’t mean I’m not going to come out and run my butt off.”

Kim witnessed firsthand how hard Reeder worked to establish himself as one of the top runners in the Region and commended him for his dedication. Unlike other programs in the area, the Warriors don’t have a large collection of distance runners, but Kim said that didn’t stop Reeder from holding himself to a high standard.

In the fall, the senior qualified for semistate in cross country for the first time in his prep career. As the Warriors’ lone representative, Reeder finished 90th at New Prairie, and Kim thinks it was a sign of things to come in the spring.

“Our goal was always to qualify for the state final and go down there and try to get a medal,” Kim said of Reeder’s final track campaign. “That was the goal this year. The goal was to get down to Bloomington and see what happens, and the last week before we left school, he was probably two months ahead of where he was the year before.”

Unfortunately, Reeder didn’t get the opportunity to contend for a trip to state. The IHSAA postponed and eventually canceled spring sports on April 2, and Kim said his standout senior was crushed.

For as hard as Reeder had pushed himself, there was a brief period when he felt like he had nothing left to give. But after the initial shock of the IHSAA’s cancellation passed, the senior has been able to look back on his prep career with gratitude rather than angst.

Regardless of the disappointing end to his high school experience, Calumet track coach Jerae Protho-Guider said Reeder should keep his head held high. She recalls many instances in which Reeder demanded nearly perfection from himself, and she believes that mindset bodes well for his career at the next level.

“He was a really great competitor,” Protho-Guider said. “If Riley is not happy about something, we know that he’s going to go back into the lab at practice and work extremely hard to make sure that whatever he was upset about or wasn’t satisfied with doesn’t happen again.”

While the sports world is still largely on hold, Reeder has been training with fellow Indiana University Northwest signee and Highland senior Mateo Garcia. The two of them have been going on runs together nearly every day in preparation for what they hope will be a memorable start to their college careers in the fall.

“At some point, I had to just accept the fact that I didn’t get a senior track season,” Reeder said. “Once I was finally able to accept it, I’ve been able to look forward to the next four years of my life.”