On Friday, September 20,  301 Indiana High Schools and 1,925 female golfers competed at their designated Sectionals across the state of Indiana. The Calumet New Tech High School Girl’s Golf team was among those players who competed at Palmira Golf Course in St. John, Indiana with a shotgun tee time at 8:00 a.m..

The Calumet Girl’s Golf Team concluded their season  playing 18 holes at the Sectional.  Among the teams  were,  Crown Point, Lake Central, Munster, Andrean, Hobart, Highland, Griffith, Bishop Noll, and Calumet New Tech. There were around 50 players at the Sectional.  The top three teams including 1st Crown Point, 2nd Lake Central, and 3rd Munster  along with three individuals from Griffith, Highland, and Andrean, who will continue onto Regionals.

The line up included for the Lady Warriors included four time Varsity player: #1 Jenna Stacy who had the lowest score with a 137, #5 Selena Rosado who had the 2nd lowest score  with a 143, and a three way tie with #2, Courtney Davis, #3, Zabaneeka Washington, and #4, Isis Lauderdale  with 144. First year player  Selena Rosado came in with the 2nd  lowest score for the final match.  Although Selena was taking a college course on campus throughout the  entire summer and could not attend regular practices, she committed to the team once school began, and fit in her practices between work and school.  Her positive attitude and  “no fear” attitude made her a super fit with the golf team.  Her social skills bonded the team chemistry even if she joined the latter half of the season.

The Warrior spirit goes out to Miss Courtney Davis, who played without her shoes for 10 holes because of a prior injury. The previous eighteen hole tournament she played with her shoes off and kept fighting through till the end of the tournament at Wicker Park. Courtney attended almost every single practice and tournament since the end of the 2019 school year.  She showed up to practices since June 2nd, and competed in all of the golf matches this season. Courtney was the most consistent player on the team and had the best work ethic.

Captain Jenna Stacy kept the spirits of all players at an all time high even when the heat,  and sun was at its peak.   Throughout the entire season Stacy led the girls golf team with knowing the logistics of organization, how to load the bus, how to assemble carts, and how to make the players feel comfortable with the sport. Her outgoing personality and Warrior spirit was infectious to the team. She demonstrates leadership in all aspects of her life and is a great asset to the Varsity Team. She will be successful in whatever she pursues.

Zabaneeka Washington improved immensely over the season.  Her swing progressed and with the  understanding of course management,  she began to strategize swing lengths depending on the scenario.  Her favorite club is her pitching wedge. Her confidence in her swing has improved with each tournament.  The trajectory of her pitching wedge is a sight to see.  She uses it for many things, to get over water,  to get over thick brush, and on her approach shots to the greens.

Isis Lauderdale enjoyed socializing and getting away from school and family.  She really enjoyed meeting new people and  interacting with players from other schools, enjoying small victories, like great chips, putts, or swings. One of her favorite experiences, was her most recent one, when  Calumet played Whiting.  Isis played with  identical twins.  It was pretty interesting seeing how they interacted and encouraged each other. It is not often anybody plays a sport with identical twins, and counting the shots must have been interesting as they look alike.

Although Tylexis Claypool was listed as an alternate for the Sectional, she supported the team thought the season with posters and her digital presence.  She consistently contributed positively to the team.  Tylexis worked for  the entire Summer and tor the first part of the golf season. She wanted to be on the team and play because she enjoyed playing, and said it was calming.   She has  always been  open to trying new things and is a creative problem solver. Tylexis has even inspired her father to get hooked on golf.

Mr. Claypool,  is the Calumet  Loyal  Parent Road Warrior. He traveled to several of Tylexis’s golf tournaments and practices.  He traveled locally and as far out as Hamlet, Indiana which is over an hour away. He  encourages her to play and enjoys the sport himself. In fact, although she joined practices during the school season, Tylexis won several putting competitions throughout the practices and is looking forward to returning next year.  Parents from opposing teams have noticed her potential and have also remarked on her natural abilities.

In Summary, this year, the Calumet Girl’s Golf team was filled with fun, and adventurous new experiences with golf.  Our host golf course, Wicker Park, our in school golf room,  our donated clubs and umbrellas, our early morning bus rides  and late night  tournaments outside of Gary,  taught us many lessons you can’t learn in a classroom. Golf  like life, is a journey.

Most of this year’s girl’s golf team this year consisted of seniors  who  had no prior golf experience before joining the team.  The Summer practice and team chemistry helped the first time golfers  know how to celebrate the small victories, put the bad shots behind them, and  know how to think positive, persevere, and look ahead.

Golf is an unusual sport because there is only one winner.  People frequently ask me,  “Did you win?”  For those, who have never played golf, the question is not correct.    The question should be, “How did it go?”  Playing golf is is alot  like going on a roller coster blindfolded.  When it stops, you take off the blind fold and your hair is a mess.  You are relieved it is over but the journey had ups and downs and twists and turns. Although you are happy it’s over, and it was nauseating and thrilling, you want to go back for more. This is much like golf.

You never know when your shot is going to be good or bad.  No matter how much you practice, how much you prepare for the weather, Or how many times you play the same  golf course, it is never the same,   But golf is something you keep going back to and can restart at each swing or each tee, or each putt.

This year was an exciting year for the Girl’s Calumet Golf Team. Most have never touched a club before joining, and their enthusiasm has rubbed  off and excited underclassmen to join next year. I can only hope an encourage them to keep playing and to hopefully revisit golf again. Because not matter how much you prepare, golf will take you on a ride that makes you wanting to  go back. 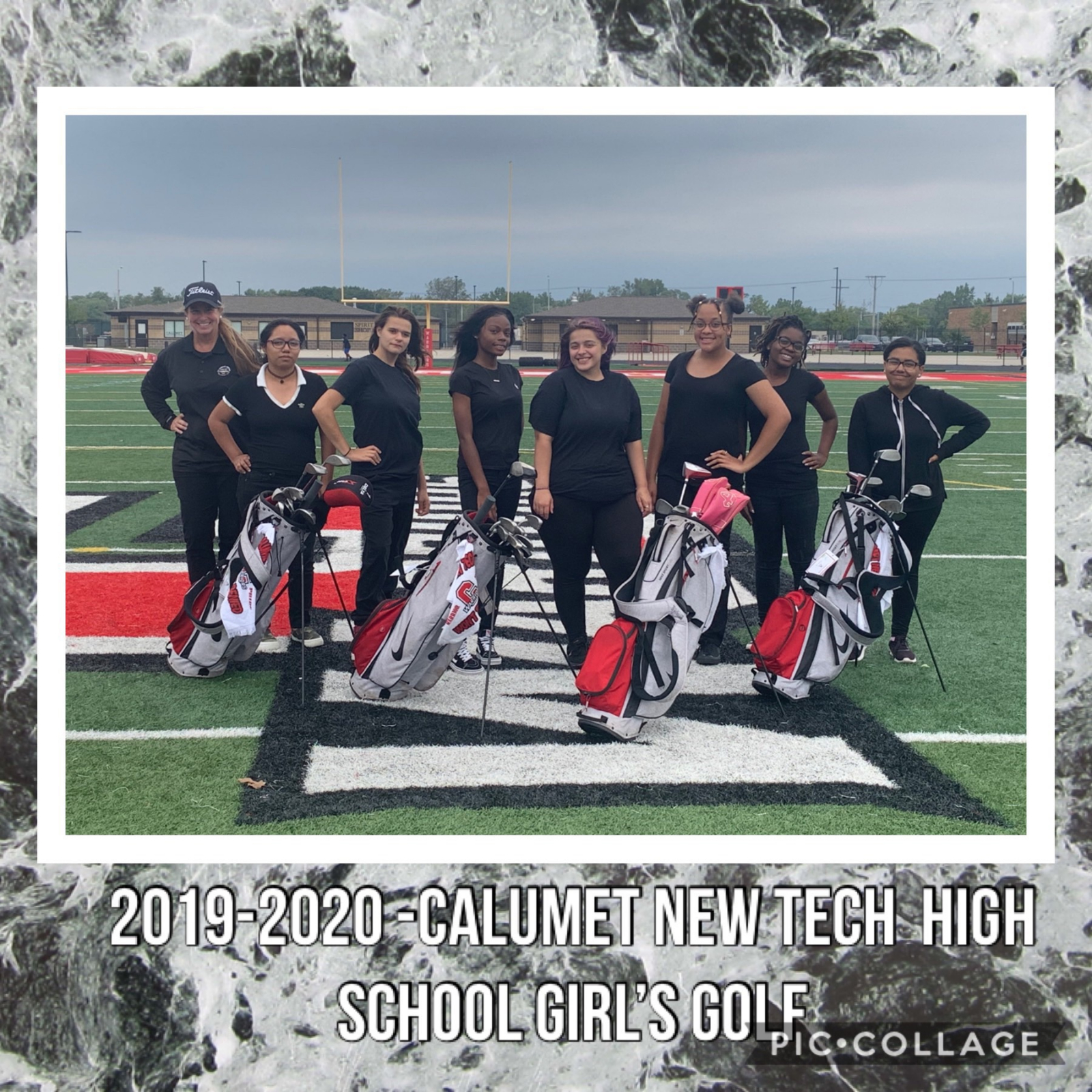